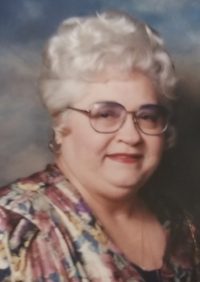 A graveside service will be held at 10:00 on October 2nd, 2020 at Mobile Memorial Gardens.

Barbara Ann Faulkner was born in Fayette, Al to Lawton & Dessie Faulkner on October 4th, 1937 whom later resided in Mobile, Al. Barbara attended high school at Theodore High School in Mobile, Al. She worked for a brief time as a clerk for the Mobile County Personnel Board where she met Charlie Carl Nall Jr. a resident of Mobile, Al. and they later married on June 1st, 1957. Shortly after marriage she began a new career as a home maker.

In lieu of flowers, memorial donations may be made in Barbara’s name to you favorite charity.