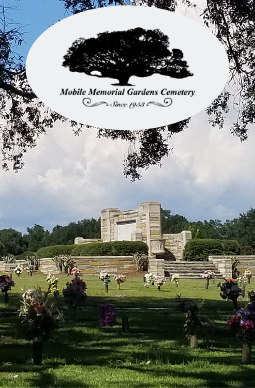 Beverly Star Jenkins Edmonds died April 22, 2019. She was born in Aliceville, Alabama in 1939, the third child and second daughter of Nannie Eleanor McClellan Jenkins of Aliceville, AL and Marvin Candler Jenkins of Greenville, GA. She was preceded in death by her brother William Candler Jenkins. Star spent her elementary years in Aliceville, then moved to Atlanta to live with her sister
Nancy, and graduated from Chamblee Highschool in 1957. She was known at an early age for her unique style, high sense of fashion and feisty spirit. In grade school she created a petition with hundreds of signatures to get better food in the school lunchroom. At her high school prom, Star is remembered as the one who wore her flowers in her hair when everyone else carried or wore their corsages. After high school, Star earned a degree from Piedmont School of Nursing. She worked as a registered nurse at Piedmont Hospital in Atlanta, GA. Star later received a Bachelor of Arts in Social Work from Oglethorpe University in 1976. She worked at Peachford Hospital in Dunwoody, GA with adolescents and then at the Dekalb Community Council on Aging. Star loved entertaining family and friends in her beautiful home. She was known for giving parties, preparing delicious food and sharing her recipes with her loved ones. She had a natural eye for interior design, beautiful gardens and remodeling spaces. Star had pageant-like presence even until she died, insisting to her caregivers that she look her very best with full makeup even throughout her sickness. Her quick wit, captivating charm and beautiful dancing eyes lit up every room into which she walked. Star is survived by her husband, Leland Creason Edmonds of Mobile, AL; her children, William Karl Kapp III and wife Mary Beth, Kerry Star Russ and husband Brent, Steven Candler Kapp and
wife Louly; her six grandchildren: Kelly Alexandra Kapp, Reagan Woodson Kapp, William Karl Kapp IV, Jonathan Brent Russ, Kathryn Star Salisbury and Michael, and Matthew Arthur Russ; her sister Nancy Harris Jenkins DeJuan, brother John McClellan Jenkins, and many nieces and nephews special to her. A family graveside service for Star will be held Friday, April 26, 2019 at 2pm at Mobile Memorial Gardens Cemetery, 6100 Three Notch Road, Mobile, AL 36619. In lieu of flowers, those desiring may make contributions to the Ovarian Cancer Research Alliance, OCRAHOPE.org.