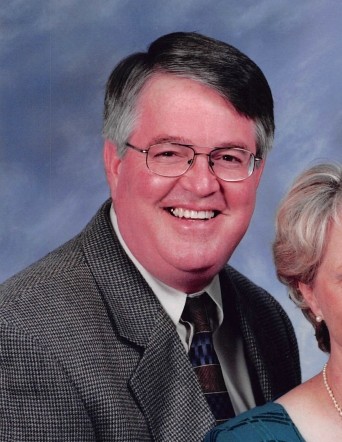 Charles Jackson “Jack” Granade, Jr., resident of Mobile, AL, passed away on Thursday, May 16, 2019 from complications of ALS (aka “Lou Gehrig’s Disease”). He was 75 years young. Jack was born in Attalla, AL, on Monday, February 28, 1944 to Charles Jackson Granade, Sr. and Elizabeth Donald Granade, and spent most of his childhood in Grove Hill, AL, along with his younger sisters Mary Granade Jackson and Dorothy Granade Swindle. His dad led little Jack to personal faith in Christ as his Lord and Savior and this decision impacted the rest of his life as well as the life of countless others. Upon finishing high school at Grove Hill High, he spent two years at the University of Montevallo, and eventually earned both a Bachelors and Master’s degree in civil/structural engineering from the University of Alabama. Jack enjoyed his career as a professional engineer (PE) with both the US Army Corps of Engineers as well as Thompson Engineering. His engineering fingerprints still dot the Mobile skyline today as he helped design The RSA and Battlehouse Tower, Austal USA shipbuilding hangars, and the Gulfquest Maritime Museum. Besides being a wonderful provider, Jack was a loving husband to Lynette Smith Granade, his bride of 48 years, and father to his children Charles “Charlie” Randall Granade and Kayra Granade Alt. He was also a faithful deacon, Sunday School teacher and member at both Dauphin Way Baptist and Dayspring Baptist Churches in Mobile. Jack was known to all as a Godly man and a very giving neighbor, encourager, coach, coworker, and friend. Over the years he made hundreds of homemade lock boxes and other things for children and served countless hours on various church and community organizations. He and Lynette had a heart for single adult ministry and prayer intercession, as well as enjoyed organizing bus trips all over the US. Jack participated in many mission trips to Mexico and Nicaragua as well as local missions out of state. Jack’s favorite verse was Proverbs 3:5-6: “Trust in the LORD with all thine heart; and lean not unto thine own understanding. In all thy ways acknowledge him, and he shall direct thy paths,” and he modeled it by his life. Many folks today recognize Jack Granade as being the most influential person in their spiritual walk with Jesus. Jack will always been remembered for his humor, leadership and inspiration including his funny sayings such as “I have pep in my step and glide in my stride!” He loved the Brooklyn and Los Angeles Dodgers, classic country music, tennis, horse shoes, disc golf, Sudoku, and building things with his hands. However, in his later years his grandkids by far became his favorite pastime. Jack is preceded in death by his father, Charles Jackson Granade, Sr. and mother, Elizabeth Donald Granade. He will be sorely missed by his wife, Lynette Smith Granade of Mobile, daughter, Kayra Granade Alt (Kevin Alt) of Mobile, son, Charlie Granade (Brooke Granade) of Rogue River, OR, sisters Mary Granade Jackson (Larry Jackson) of Birmingham, AL, and Dorothy Granade Swindle (Richard Swindle) of Atlanta, GA, brother-in-law William Smith (Betty Smith) of Albertville, AL, along with grandchildren Adrian Jackson, Ella Kay, & Holland Alt, and Charles Andrew, Kayden Jeremiah, and many nieces, nephews and cousins. A visitation service will be held on Tuesday evening, May 21st from 5 to 7 PM at Mobile Memorial Gardens Funeral Home at 6040 Three Notch Rd. A memorial service will be held on Wednesday morning at 10AM at Dayspring Baptist Church in Mobile at 2200 South Cody Road. Memorial donations may be made to The ALS Association Alabama Chapter, 300 Cahaba Park Circle, Suite 209, Birmingham, AL 35242.

Service Time
A chapel service will be held at 10am on Wednesday, 05/22/2019 from Dayspring Baptist Church, followed by a committal service at the grave site.