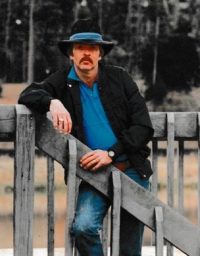 Christopher Stringer Sr was born on May 9, 1953 in Mobile, Alabama to parents, Calvin Stringer and Loria Stringer. He graduated from Vigor High School in 1971 with a degree in just about everything. He worked for many years at Brown & Root, Atlantic Marine, and Austal USA. He specialized as an outside machinist.

Christopher E Stringer Sr was a great family man and a loving father. He married Betty Ann Stringer September 9, 1989 and the couple had 4 children together.

Christopher E Stringer Sr was a social, active man . He enjoyed music, golfing, fishing, hunting and racing. He had two bands that he would most likely be known for ; Dawsons Creek and Dixie. He played for years all around Mobile, Al and Mississippi. His family and friends will always remember him as a loving and honest man.

The services for Christopher E Stringer Sr will be as follows at Mobile Memorial Gardens : Wake Service, Monday December 2, 2019 from 5-8. Chapel Services will be Tuesday December 3, 2019 at 12 and will commence at graveside. All are welcome to attend and celebrate Christopher E Stringer Sr’s life. Flowers and Donations can be sent to Mobile Memorial Gardens in Mobile Alabama.

Service Time
A chapel service will be held at 12pm on Tuesday, 12/03/2019 from Mobile Memorial Gardens Funeral Home, followed by a committal service at the grave site.