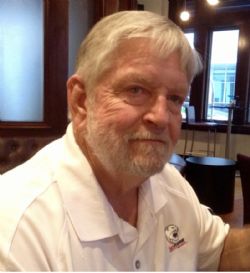 Danny R Price, age 73, passed away May 1, 2019. Danny was born in Brewton, AL and was a longtime resident of Mobile. Danny is survived by his loving wife of 54 years, Linda (Nicholas). He will be missed dearly by his children, Tony Price and Tammy (Doug) Williams. Also, his grandchildren Grayson and Avery Williams, Katherine, Nicholas, Dan, David and Jack Price, and other family members and friends. He was preceded in death by his parents, Espie and Merline Price and his brother Rocky Price.
Danny was a pipefitter with Plumbers and Steamfitters Union 119 beginning in 1971. He was elected Business Manager with Local 119 in 1985 where he worked until he retired in 2004.
Pallbearers: Jay Cowick, Eddie Sellew, Pruitt Woodall, Hank Chaney, Mark Burnett, Mike Rabbeitt. “Honorary” Pallbear – Billy Morrison.
The Visitation will be held at Mobile Memorial Gardens Funeral Home on Tuesday, May 7th between 10 and 12. The service will be held immediately after. Followed by burial in Mobile Memorial Gardens.

Service Time
A chapel service will be held at 12pm on Tuesday, 05/07/2019 from Mobile Memorial Gardens Funeral Home, followed by a committal service at the grave site.