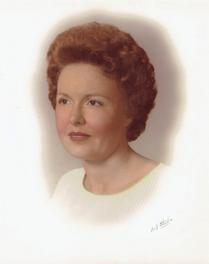 Dixie Reynolds Barnett, 93, a thirteen-year resident of Monarch Estates in Auburn, Alabama died on Saturday, April 25, 2020. Dixie was born in Mobile, Alabama to Charles Raymond Reynolds and Ruby Maddox Reynolds. She had 2 sisters, Ruth Fowler and Charlie Ruth Gowan. Dixie grew up in Houston County, Alabama and graduated from Columbia High School. She moved from Dothan to Mobile in 1967 and lived in Mobile and Baldwin counties until she moved to Auburn in 2007.Dixie had two children, Gayle Jackson Andress and Glen Milton Jackson; four grandchildren and seven great-grandchildren. She was preceded in death by her husband, Joseph Beacham Barnett (Joe). She worked as a bookkeeper much of her life. But when she and Joe retired, they developed a successful career in home-building in Baldwin County. Dixie was buried beside Joe in a private graveside service in the Mobile Memorial Gardens cemetery on April 30, 2020.

Service Time
A private service will be held.