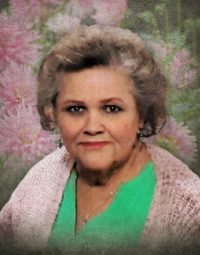 Dixie Alma Landon (Richardson), went to be with our Lord on Wednesday, March 18, 2020, at the age of 73. Mobile Memorial Gardens Funeral Home is honored to be entrusted with the arrangements.

Dixie was born on December 22, 1946, in Mobile, Alabama. She grew up in Prichard, Alabama and later attending C.F. Vigor High School, where she graduated in 1965. In her younger years she had many jobs that included; Tally’s Drive-In, Kress’s, the lunch counter of International paper Co. and The Diana Shop a downtown Mobile boutique. During that time she attended and was a member of the United Pentecostal Church of Prichard, Alabama. Later she moved to Chickasaw to continue raising her kids while gaining her CNA License and then moved on to work in Geriatrics at the old Searcy Hospital in Mt. Vernon, Alabama. When most start to contemplate retirement, she then decided to return to work at The Waffle House on Schillingers Road in Mobile, Alabama, sometimes hostessing but most of the time in the back doing food prep which she loved. She was known to everyone there as “Ms. Dixie” and never met a stranger. Her friends, customers and co-workers alike were all loved by her and the sentiment was returned. After finally retiring from the workforce, she moved to Baldwin County, Alabama and lived there for better than 10 years prior to leaving us.

Mrs. Landon was preceded in death by her husband, Douglas J. Landon, her mother and father,

She will be loved and missed by so many, she was One of a Kind.

Service Time
A private graveside service will be held.