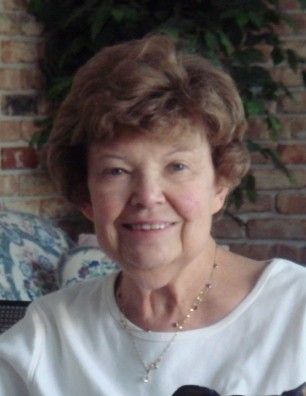 Dorothy “Dot” Elaine Bingham Buford, age 80, a lifelong resident of Mobile, AL, passed away Wednesday, August 28, 2019. Dot was born in Mobile, AL on February 7, 1939. She was a graduate of Murphy High School and began her professional career as a Clerk for the Mobile County Circuit Court before becoming a Purchasing Agent for the City of Mobile’s Purchasing Department. At the age of 50, she married her soulmate and shortly after that, she retired from the City of Mobile after 32 years of service. As avid Alabama football fans, they never missed a game. If they weren’t at the games, they would often host game parties at their home with family and friends. Family and friends meant the world to her. Although she didn’t have any children, she helped raise two nephews as her own and was that person the family relied on when things went wrong. Not only was she generous to her family but she also supported many charities that where near and dear to her heart. She is survived by one special nephew, who was like her son, Bobby Dean (Nancy) Bingham; his two daughters, who were like grandchildren, Brittany (Kevin) Willie and Victoria (Toby) Williams; two special nieces, Samantha (Butch) Bridges and Tracy Bingham and their children; nieces; nephews; other relatives; her life-long friend, Grace Dixon and many other friends. She was proceeded in death by her father and mother, Arthur Vernon Bingham, Sr. and Etta Dixon Bingham; her husband, Harvel Montgomery Buford, Jr.; a nephew who was like a son, Jerry Eugene Bingham, Jr.; four brothers, Arthur Vernon “Archie” Bingham, Jr., Walter L. “Buddy” Bingham, Franklin Ray Bingham, and Jerry Eugene Bingham, Sr.; her sister, June Faye Tillman; one nephew who was like a son, Jerry Eugene Bingham Jr. and her beloved canine companion, Willie. A Celebration of Dot’s life will be held from the chapel of Mobile Memorial Gardens Funeral Home on Tuesday, September 3, 2019 at 12:00 Noon. The family will receive friends at the funeral home Tuesday from 10:00 AM until service time. Interment will follow in Mobile Memorial Gardens. The family requests that, in lieu of flowers, donations be made in Dot’s memory to Foundation for Angelman Syndrome Therapeutics (FAST) or Corpus Christi Catholic Church in Mobile, AL.

Service Time
A chapel service will be held at 12pm on Tuesday, 09/03/2019 from Mobile Memorial Gardens Funeral Home, followed by a committal service at the grave site.