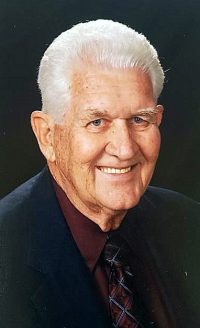 Douglas F. Shaw, was born August 2, 1933 in Picayune, Mississippi. He passed away at the age of 87. He is preceded in death his wife of 65 years, Imogene Anderson Shaw, parents, Thomas Alfred Shaw, Sr. and Gladys Ladner Shaw, brother, Thomas Alfred Shaw, Jr. and nephew, Randy Shaw and niece Lynda Carol Warren. Doug is survived by his four children: Bridget Thomas, Michael Shaw, Brenda Upchurch and Deborah Shaw all of Mobile, Alabama. He is also survived by his four grandsons, Chris Upchurch, Steven Upchurch (Andrea), Jeffery Shaw and Robbie Shaw, great-grandchildren: Frankie Shaw, Cecilia Shaw, Logan Shaw, Braxton Upchurch, Caiden Upchurch, nephew, Robert A. Shaw and brother-in-law, Wayne Powell. Doug was a graduate of Picayune High School where he was a member of the marching band, and National FFA Band for two years. Doug was a veteran of the Korean War, serving the Medical Corps of the 31st Division. He graduated from Pearl River Community College and Mississippi State University where he was a member of the Kappa Mu Epsilon Honorary Mathematics Society. He retired from the U. S. Army Corps of Engineers. While working with the Corps, he designed locks and dams for the Tennessee Tombigbee Waterway and later, he became a project manager for military projects working at Ft. Rucker, Alabama and Ft. Campbell, Kentucky. Doug was a member of Moffett Road Baptist Church, where he was a Sunday School teacher and deacon since 1963. He taught young married couples in Sunday School for many years, organizing the first couples class in the state of Alabama in 1963. He served on many committees including Chairman of the Building Committee for the education building. He was Chairman of the Board of Directors for Southern Shores Beach Resort in Gulf Shores, Alabama from 1982 until 2005. Doug was a member of the Alabama Archaeological Society. He was a member of the Mobile Rock and Gem Society, of which he held several different position including President, Vice-President and Scholarship Chairman which established the first scholarship at the University of South Alabama for the club. He had many hobbies including rock hunting, hunting, fishing camping. He enjoyed working in his flower beds and sharing plants and flowers with his friends. He loved his family and his church. He will be missed greatly by his family and friends. Visitation will be held at Radney Funeral Home, Mobile, AL, from 9:00 a.m. until 10:00 a.m. on Wednesday, December 30, 2020. Chapel services will in the funeral home chapel beginning at 10:00 a.m. Interment will follow at Mobile Memorial Gardens.

Service Time
A chapel service will be held at 10am on Wednesday, 12/30/20 at Mobile Memorial Gardens Funeral Home followed by a committal service at the grave site.