A chapel service for Edgar Leonard will be held at 2:00PM on Monday, 07/28/2014 from Dignity’s Three Notch Chapel followed by a committal service at the grave site.

July 31, 1943-July 24, 2014 Edgar W.”Buster” Leonard, a native Mobilian, passed away Thursday July 24. He was a five-year veteran of the United States Air Force who served during the Vietnam War. Buster, a career Quality Assurance Tester, retired from Teledyne Continental Motors and then later from Treadwell Ford. He was an avid fan of Alabama football, golf, and fishing. He was preceded in death by his mother, Erysline Green Chesser; sister, Sherry Harvey; niece, Jackie Wood, and father, George Herman Leonard. He is survived by his beloved wife of 50 years, Patricia “Patsy” Jones Leonard; children, Alan, Charles (Angie), and Brian Leonard; two sisters, Pat Wood (Bill) and Rita Verry (Wayne), brother-in-law, Kit Harvey; five grandchildren; his cherished Chihuahua Lillie, and many other beloved relatives and friends. Funeral services will be held on Monday, July 28 at 2:00 p.m. from the chapel of Dignity’s Three Notch Funeral Home. The family will receive friends at the funeral home beginning at 12:00 Noon. Interment will be in Mobile Memorial Gardens. 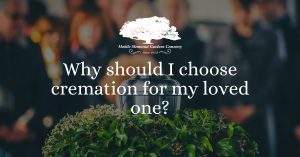 Why should I choose cremation for my loved one?
Cremation burials have become the new era for the “afterlife” in cemeteries when it comes to preserving a loved one's