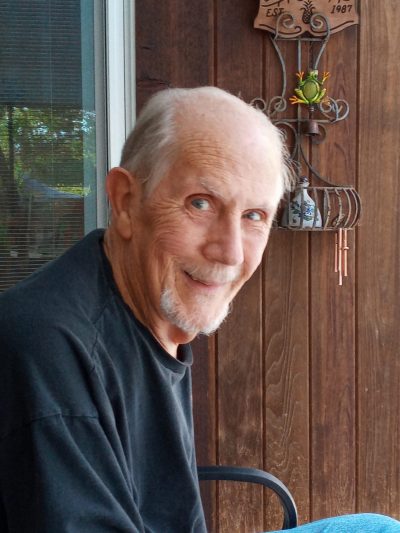 Gene was born in Conway, SC ’21 days after Pearl Harbor’, as he liked to say. With his father away in the war, his mother moved them back home to Mobile, AL to live with family.

Upon separating from the Air Force he began working for International Paper Company in Mobile, AL. He worked in Transportation Coordination for their many paper products facilities. Gene was active in local softball, both supporting the teams and playing as well. He also enjoyed the Magnolia Bowling League.

After some time, Gene enlisted with the Air Force Reserve, stationed at Keesler AFB in Biloxi, MS. There he was a Communications Technician with the 403rd Communications Squadron Weather
Reconnaissance Wing at Keesler AFB, Biloxi, MS., serving with good friends Jim Bray, Bill Childs, Bob Randolph and many others. Gene and his wife traveled from their Memphis, TN home to Keesler monthly for his weekend duty, spending time with dear friends Jim and Niki Bray in Mobile. They enjoyed traveling to Greece, Europe and Mexico.

Gene retired after 36 years from International Paper in Memphis, TN in 2000 and moved with his wife Cathy to Pensacola, FL. Gene reunited with Air Force Reserve buddy Bill Childs and local friends Jim Ruhr and Richie Dedcovich and continued the weekly golf games, as members of The Sand Crabs league for awhile. Gene and Richie would peruse the local papers for coupons for senior tournaments and courses.

Gene served as Treasurer on the board of The Friends of the Southwest Branch Library of the West Florida Library for a total of 10 years. He will be dearly missed by his library family.

Gene loved history and would read anything about WWII, Civil War and military history.

Gene was a member of the Masonic Lodge of Mobile, AL. He also was an avid Alabama Football fan, ‘Roll Tide’!

The family would like to thank Dr. Robins and his staff at Sacred Heart Medical Group Perdido for 20 years of compassionate care; Covenant Care Hospice of Pensacola, who helped make his journey as comfortable as possible with compassion, and expert medical care.