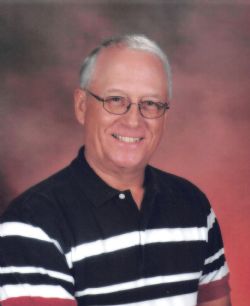 Jimmy L. Chestnut, Sr., a native of Mobile, AL and a resident of Chunchula, AL passed away on Wednesday, March 27, 2019, with his loving family surrounding him. He was employed with Aker Solutions. He was a member of Fountain of Faith Baptist Church in Creola, AL. Jimmy was preceded in death by his parents James A. Chestnut and Bernice Butts Chestnut. Also preceding him in death was his brother, James Gibson (Kicker) and his sister and brother in law, Ruth Gibson Daughtry and Jay Daughtry. Mr. Chestnut is survived by his beloved wife of 46 years, Myra H. Chestnut; three loving sons, Jimmy Lee (Stacy) Chestnut, Jr., Jared Lance Chestnut and Jonathan Lyle (Stephanie) Chestnut. He is also survived by his precious grandchildren, Jessie (Paul) Chestnut Lowery, Jay and Josh Chestnut, Skylar McVea and Jonathan Chestnut; and his beautiful great granddaughter Kinslee Lowery. He is also survived by his sweet twin sister, Marie (Bryce) Braswell. He is also survived by his loving dog Poochie Ann, and many nieces and nephews, and in laws and friends. Jimmy’s Pastor Brother Al Moore will officiate on Saturday, March 30, 2019 at 2 pm at Mobile Memorial Gardens Funeral Home. Visitation will start at 12 noon. Honorary Pallbearers will be Josh Chestnut, Jonathan Chestnut, Jessie Chestnut Lowery, Skylar McVea and Paul Lowery. Active Pallbearers will be Lyle Chestnut, Lee Chestnut, Lance Chestnut, Jay Chestnut, Adam Etheredge and Seth Kinard. Burial will be in Mobile Memorial Gardens.

Service Time
A chapel service will be held at 2pm on Saturday, 03/30/2019 from Mobile Memorial Gardens Funeral Home, followed by a committal service at the grave site.