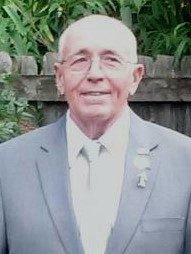 John Milton King was born November 22, 1941 in Neshoba, MS and left for his heavenly home on September 12, 2020. He was preceded in death by Allie King, his wife Marshalene King; his parents, Sadie Lankford and Milton King, his brothers: Harold King and Raymond King, and his niece Tonya King.

He leaves behind his brothers Jack (Rita), Kenneth (Trudy), and Freddie (Sandra) King; his sisters Charlotte Taylor (Jesse) and Patsy Martin (Paul); 17 other nieces and nephews; and countless other relatives and friends. John was a 32 degree Scottish Rite Mason with membership at Howard E. Palmes Lodge #917, a dual member of Spanish Fort Lodge #916, and a Noble of Abba Temple Shrine of Mobile, Al. John was a Past Royal Patron of Mobile Court #7 and Past Grand Royal Patron of the order of Amoranth in Alabama. He was also a Past Worthy Patron at Spanish Fort O.E.S. #539 in Spanish Fort and dual member at Thurza O.E.S. #273 in Robertsdale. John was a Master Gardener of Baldwin County and could often be found outside with his plants. He was a member of New Horizons Baptist Church in Spanish Fort for many years. He enjoyed fishing, a good Western, and never met a stranger. He will be deeply missed but we know that he is now at peace. Happy Trails John.

Service Time
A chapel service will be held at 10am on Tuesday, 09/22/2020 from Funeral Home, followed by a committal service at the grave site.