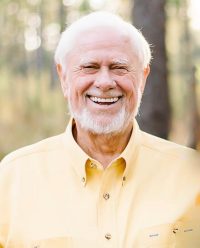 John Harris McDougal, 79, of Mobile, Alabama, passed away on October 31, 2020 at Springhill Medical Center. He was born on October 16, 1941 in Bessemer, Alabama and was the son of the late Elbert and Ola McDougal. In addition to his parents, he was predeceased by his brothers, Billy, Buddy (James), Tommy, and sister, Laura Peterson. John married Karen Hudson, and they celebrated 57 years of marriage on September 28, 2020. He is also survived by his daughter, Kelly (Russell) Lomax of Mobile, Alabama, grandchildren, Avery (Zack) Anderson of Mobile, Alabama, Preston (Brooke) Lomax of Jacksonville, Florida, and Sophie Lomax of Mobile, Alabama, one great-granddaughter, Luna Anderson of Mobile, Alabama, one brother, Gene (Evie) McDougal of Wetumpka, Alabama, brothers-in-law, Tom (Donna) Hudson and Johnny (Pam) Hudson, nieces, nephews, and friends. John graduated from Vigor High School in 1961 and enjoyed visiting with classmates at their monthly lunches and “no-class” reunions. He worked for many years in the oil and gas industry, co-owning MAC Geophysical Seismic Permitting. He enjoyed woodworking, Alabama Crimson Tide football, and spending time with his family and friends. He was a member of the Azalea Lodge F&AM #898.Services will be held at Mobile Memorial Gardens on Wednesday, November 4, 2020; visitation will be 12:00 PM – 2:00 PM and the memorial service will be at 2:00 PM, followed by a graveside service to include a Masonic ceremony led by Brother Frank Etheridge. Chaplain Ronnie Pierce will officiate. Pallbearers will be John’s grandson, Preston Lomax, grandson-in-law, Zack Anderson, nephews, Cory, Clark, and Tim Hudson, and great-nephew, Davis Hudson.Memorial donations may be made in John McDougal’s name to the Leukemia and Lymphoma Society at www.LLS.orgThe family wishes to extend their sincere thanks to the ICU2 team at Springhill Medical Center and the doctors and nurses of Southern Cancer Center.

Service Time
A chapel service will be held at 2pm on Wednesday, 11/04/2020 from Funeral Home, followed by a committal service at the grave site.