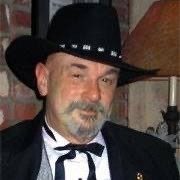 Joseph “Joe” Allen LaPorte, Jr was born in Selma, AL on March 17, 1949, and passed away November 11, 2019, in Sundance, WY at the age of 70. He graduated from Parrish High School in 1967 and enlisted in the United States Army. He served his country faithfully until he was wounded in Vietnam on September 13, 1968. He graduated from Southeast College of Technology with a degree in electronics. He later opened his own successful business, Affordable Surplus, in Wetumpka, AL. Joe enjoyed many hobbies which included photography, researching his family history and most importantly, Auburn football. WAR DAMN EAGLE!! He was preceded in death by his father, Joseph Allen LaPorte, Sr.; his son, Joel Lance LaPorte and his brother, Paul Dana LaPorte. His survivors include his mother, Evelyn Hubbard Ogborn; brother, Jake LaPorte; sister, Denise LaPorte Brock; daughter, Laura LaPorte Sundstrom; sons, Erik Allen LaPorte and Kevin LaPorte; grandchildren, Brett and Olivia Sundstrom; Kaitlyn LaPorte, John Joseph LaPorte, Jade Laporte and Gracie LaPorte; other relatives, extended family and friends. Funeral services will be held Monday, November 18, 2019 at 10:00 AM from the chapel of Mobile Memorial Gardens Funeral Home. Visitation will begin at 8:30 AM. Interment will follow in Mobile Memorial Gardens.

Service Time
A chapel service will be held at 10am on Monday, 11/18/2019 from Mobile Memorial Gardens Funeral Home, followed by a committal service at the grave site.