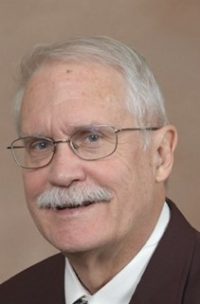 Joseph West, native of Birmingham, Alabama, passed away December 11, 2020. He began his career as a math teacher in 1963 in the Mobile County Public School System and would later serve as an administrator at the local school and system level. He retired in 1992 and took a position as a math professor at the University of Mobile where he taught until 2017. During his long career in education, Dr. West never lost his love for teaching and for metoring students. He was a life-long and active member of Azalea Hill Christian Church, where he served as an Elder, trustee, board moderator, and a member of the finance committee. He established the West Scholarship in memory of his parents for Azalea Hills students.He is preceded in death by his parents, Floyd and Mary Jane West; sister, Janie Richenbach. Visitation will be Tuesday, December 15 from 1:00pm-2:00pm followed by a funeral service at Azalea Hills Christian Church. In lieu of flowers, donations may be made to the West Scholarship Fund of Azalea Hills Christian Church or to The Floyd and Mary Jane West and Janie Reichenbach Endowed Scholarship Fund at the University of Mobile.

Service Time
A church service will be held at 2pm on Tuesday, 12/15/2020 at Azalea Hills Christian Church followed by a committal service at the grave site.