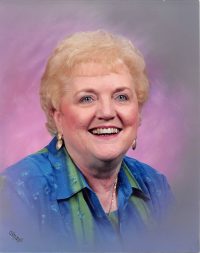 June Estelle Dyas, Shelley passed away on June 25, 2020. She was born on June 15, 1933 in Mobile, AL to Edmund Covington Dyas III and Virginia Culpepper Dyas. Mrs. Shelley attended Little Flower School, Bishop Toolen High School and graduated from Murphy High School where she was a member of the National Honor Society and president of her sorority. She was employed as an executive secretary at First Federal Savings and Courtaulds. Mrs. Shelley retired from Gayfers after 25 years of service as the Bridal Director and Buyer. Mrs. Shelley was a founding member of St. Dominic Catholic Church where she was served as a Eucharistic minister and on the parish school board.

Service Time
A private graveside service will be held.