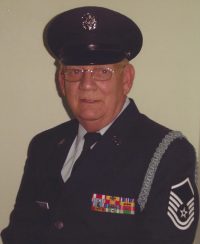 Larry Branum, age 72, of Mobile, Alabama, quietly passed away in his home on Friday, October 4, 2019, with his family at his side.

Larry joined the United States Air Force on January 20, 1965, and retired after 26 years of service. He served a tour in Vietnam from 1968-1969. After retiring, he became a truck driver until 2015. Larry was a lifelong member of VFW Post 4328 and a member of the American Legion.

He was preceded in death by his parents, James L. Branum and Maebell Branum and his daughter, Cindy M. Branum.

Service Time
A chapel service will be held at 12pm on Wednesday, 10/09/2019 from Mobile Memorial Gardens Funeral Home, followed by a committal service at the grave site.