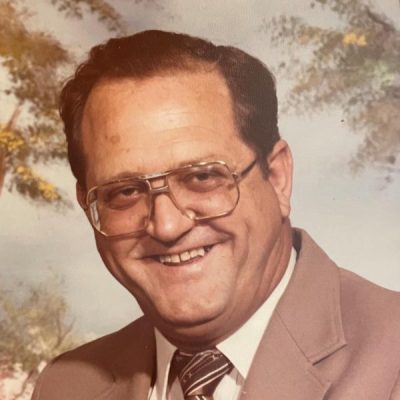 Mr. Paul Edwin Evans Sr., a native of Newton, MS and a resident of Semmes, AL passed away on Saturday, September 11, 2021 after several months of declining health. Paul was born on January 2, 1940. He attended Baker High School, served in the Korean War, and Desert Storm, and continued to serve his country until his retirement as an Air Force Reservist, he also retired from the University of South Alabama. Paul was preceded in death by his parents Oscar A. and Lula E. Evans, his brothers John Corbin Evans, and Herman Ray Evans, his first wife Willie Mae Evans, and granddaughter Victoria J. Little. He is survived by his wife Sandra J. Roberts Evans, his children Sheila A. Thayer, Kathryn E. Iapichino, Paul E. Evans Jr., and Christy L. Varnado, step daughters Donna Hodgdon and Robin Street, sixteen grandchildren, ten great grandchildren , nieces, nephews other relatives and friends.

Service Time
Funeral Services will be held from the Chapel of Cottage Hill Memorial Funeral Home on Wednesday September 15, 2021 at 1PM. The Family will receive friends at the funeral home on Wednesday from 11AM until 1:00PM. Interment will be in Mobile Memorial Gardens

Death Notice vs. Obituary: What's the Difference?
You may have heard the terms “death notice” and “obituary” used simultaneously in funeral settings. However, they do differ in

5 Facts About Above-Ground Burials
The final disposition of your loved one does not always necessarily need to be in the form of in-ground burial.