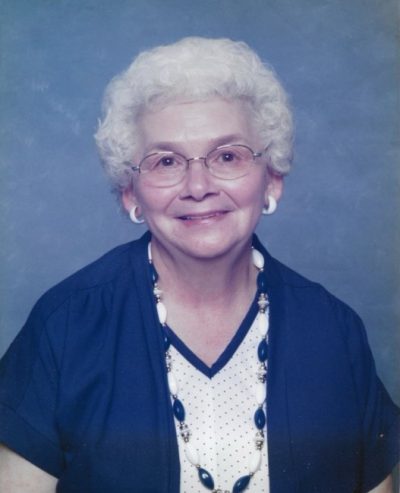 ABILENE: Phyllis June Maxine Yancey Price, 89, was born February 15, 1932, in Wallens Creek, Ky in Harlan County. Her parents were Henry Clay Yancey and Nola (Tyree) Yancey. She was the third child and only daughter of six.

She is preceded in death by five brothers Christopher, Norman, Leman, Odell and infant boy brother.

She became a Christian at age 13. She married David Lloyd Price, from Walla Walla, WA in 1972. Between them, they have three daughters. Judith Caldwell-Kuntz of Monroe, OH, Jacqueline Louise Hutchinson of Wilmer, AL, and Emma Jean Minson of Baytown, TX. They have eleven grandchildren and numerous great grandchildren.

Phyllis and David have lived in Abilene since December 1984. David retired from the Air Force in 1989 and went to work for Boeing and Phyllis worked in retail. Upon their retirement Phyllis and David called Abilene home.

Phyllis was active in the Dyess AFB Chapel, Elmcreek Baptist Church, Hwy 89 in Tuscola, she attended the Cowboys for Christ in Bluff Creek on Friday nights. Phyllis played the guitar and sang in several churches in and around Abilene. She loved teaching children in churches and schools using her potato head puppets. She also used them in lady’s groups, guided Bible studies and was speaker for the Christian women’s Club of Stoncroff Ministries.

She is survived by her husband, David Price of Abilene; daughters, Judith (Melvin); Jacqueline (Alvin); and Emma (Jeff).

Service Time
Her family will receive friends at Radney Funeral Home, 3155 Dauphin St, Mobile, AL., 36606, Saturday, November 27, 2021 from 10:00am until time of funeral service at 11:00am. Interment will follow in Mobile Memorial Gardens.