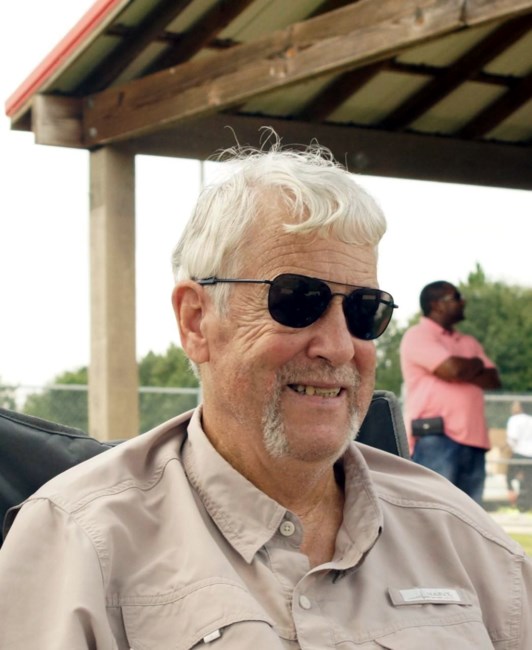 Raymond Billy Buettel Sr, age 66 of Mobile AL passed away on April 11, 2019 in Mobile with his loving devoted wife of 47 years by his side. Bill was known for his dedication to his family, his country and his friends. Proudly serving 27 years in the US Air Force, he loved his flag and flew it with Pride. Bill also worked as a volunteer for several law enforcement agencies and loved to serve his fellow countrymen. Bill is survived by his beautiful wife Jackie, son Raymond Billy Jr (Adriane), Daughter Lisa Meaux (Brent), 8 AMAZING grandchildren, Tyler (19), Alex (18), Talitha Jean (16) Conner (14), Quinton (10), Colten (9), Cooper (4), Bexley (1), his mother Dorthey Mae Werth, sisters Susan Lapin and Sharon Greene, brother Gary Buettel, 12 nieces and nephews and a multitude of other extended family members, friends and neighbors. Bill was preceded in death by his father Theodore Willy Buettel, his brother Donald Buettel and his step father Donley Werth. Services will be held at Radney Funeral Home, 3155 Dauphin St, Mobile AL 36606. Viewing will be Monday, April 15th from 6-8 pm and funeral will be Tuesday, April 16th at 11 am in the funeral home chapel. Interment will follow at Mobile Memorial Gardens where Bill will be honored for his extensive military service.

Service Time
A chapel service will be held at 11am on Tuesday, 04/16/2019 from Radney's Funeral Home on Dauphin Street, followed by a committal service at the grave site.