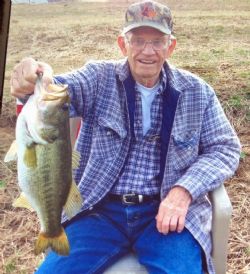 May 29, 1929-Mar. 30, 2019
Russell A. Bays, a native of Marshall, IL, longtime resident of Mobile, AL, now residing in Huntsville, AL, died on Saturday, March 30, 2019. He was a veteran of the US Air Force and was retired from University Hospital in Mobile. He was preceded in death by his wife, Mildred L. Bays. He is survived by two daughters, Sharon (Tommy) Watkins and Susan (Gary) Pearce; four grandchildren, Lanier Pearce, Gabriel Pearce, Melissa Parker and Jennifer Hinson; one sister, Norma Gill; one brother, Jerry Bays; eight great- grandchildren, Natalie Pearce, Brylie Pearce, Kaylie Pearce, Pearce Parker, Lincoln Parker, Myla Parker, Olivia Hinson, Matthew Hinson and other relatives. Funeral services will be held from the chapel of Mobile Memorial Gardens Funeral Home Wednesday, April 3, 2019 at 12 Noon. Visitation will begin at 10 AM. Interment will be in Mobile Memorial Gardens.

Service Time
A chapel service will be held at 12pm on Wedneday, 04/03/2019 from Mobile Memorial Gardens Funeral Home, followed by a committal service at the grave site.