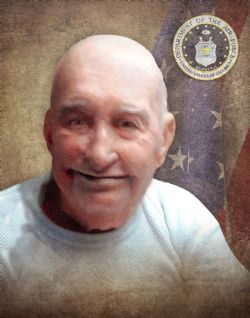 On April 3, 2019, the amazing 100-year life of William H. Williamson came to an end. He was a longtime resident of Mobile, Alabama. Born in Mount Vernon, Alabama with time spent growing up in Clarke County, Alabama. He served in the United States Air Force in World War II and was stationed in New Guinea. Upon discharge, he worked at Brookley Air Force Base as an Aircraft Mechanic, then Pensacola Naval Air Station until his retirement. Bill had many interests during his retirement. He was an avid golfer, fisherman, gardener, Atlanta Braves Baseball and Alabama Football fan. He also enjoyed reading and feeding the birds. He is survived by his wife of 72 years, Eddis Kelly Williamson; four children, Jimmie D. (Gloria) Williamson, William H. (Sharon) Williamson, Jr., Joan C. (Mark) DeMouy, and Anita G. (Ed) Strayer; five grandchildren, Emily (Ryan) Kaiser, Rachel (Enrico) Galimberti, Blake (Marcia) Williamson, Amy (Andy) Trull, and Adam (Kesia) DeMouy; and seven great grandchildren, Natalie, Claire, Jack, Henry, James, Anna, and Aaron.
Funeral services will be held Saturday, April 6, 2019, at 2:00 p.m. from the chapel of Mobile Memorial Gardens Funeral Home with visitation for 30 minutes prior to the service. Interment will be in Mobile Memorial Gardens Cemetery.

Service Time
A chapel service will be held at 2pm on Saturday, 04/06/2019 from Mobile Memorial Gardens Funeral Home, followed by a committal service at the grave site.