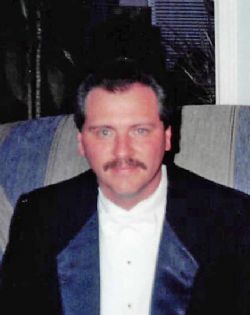 December 1, 1960 – April 9, 2019
Clint bid farewell to his earthly life on Tuesday, April 9th at University of South Alabama
Medical Center (USAMC), with his family by his side. While he has left us far too soon, anyone
who had the pleasure of knowing him knows the quality of his life far exceeds the quantity.
He graduated from Theodore High School and obtained his Associate’s Degree from
Southwest State. He retired from USAMC after 30 years serving as Supervisor over the
Biomedical Engineering Department.
Clint was highly competitive. He loved golf, Alabama football, baseball, hunting,
karaoke… even “Go Fish.” He would practice because he couldn’t stand that his 8-year old
grandson, Braylen, held the record against him 23-4.
He was such a devoted family man. He loved the simple life, spending time with his
family completed him.
The bond between a mother and son is a special one. It remains unchanged by time or
distance. It is the purest love- unconditional and true. Clint left this Earth knowing he and his
mother shared this precious bond. When looking at your mother, the reflection is the purest love
you will ever know. Clint experienced this reflection everyday of his life.
Rest now, Sweet Angel, You gave us your all. Our Love Story will last me a lifetime. I will love you forever.
He was preceded in death by father- George S. Jackson, father-in-law- Sydney “Jabo”
Hutto, grandparents- Edward “Jimmy” (Effie “Peck”) Owens, William Clinton (Willie Lenora)
Jackson, uncle- Dr. Henry C. Owens.
Survivors: His wife of 38 years, Brenda Hutto Jackson, two sons, Benjamin Jackson (Lindsey
Harbin) and Matthew (Sydney) Jackson
Mother-Helen O. Jackson
Brother- Bennie Wayne (Alison) Alligood
Mother-in-law- Sadie M. Hutto
In-laws: Henry (Gloria) Hutto, Mark (Sylvia) Hutto, Karen (Ricky) Johnston
Grandchildren: Braylen C. Jackson, Emma Cole, Blakely Ann and Matthew Tucker Jackson
Nieces/Nephews: Andrew Hutto, Ryne Johnston, Sydney Johnston, Gracie Hutto, and Riley
Hutto
And a host of other family and friends
Pallbearers – Al Ayler, Joey Dorriety, Tinker Dunning, Kit Linck, Chance McConnell, Matt Orrell,
David Todd, and Woodie Wilson
Honorary Pallbearers – Howard Fath, Darren Hill, Robert Howell, Tim Summey
Funeral services are scheduled for Saturday, April 13, 2019 at 12:00 Noon from the Chapel of Mobile Memorial Gardens Funeral Home
with visitation beginning at 10:00 AM. Interment will be in Mobile Memorial Gardens

Service Time
A chapel service will be held at 12pm on Saturday, 04/13/2019 from Mobile Memorial Gardens Funeral Home, followed by a committal service at the grave site.