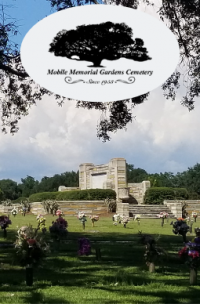 Mr. Davis Walter Rutledge went home to be with His Lord, on his 95th birthday, October 20, 2019. Davis was a Veteran of the US Navy during WWII. Davis was preceded in death by his wife Edna Sally Eaves Rutledge in the Spring of 2014; four of his brothers, Coleman Rutledge, Evans Rutledge, William “Willie” Rutledge, James “Jim” Rutledge; two sisters, Daisy Pollard and Florence Smith. Mr. Rutledge is survived by an older brother, Roy Rutledge, his three children, Joel Davis Rutledge (wife Virginia), Danny Ray Rutledge (wife Helen) daughter Sandra Gail Rutledge Kofahl (husband Mike) as well as eight grandchildren and sixteen great grandchildren. Davis was born in Porterville, MS in 1924 and moved from Mississippi to Prichard after WWII. He worked at International Paper Company for 39 years. He served seventeen years in the Army National Guard with the 711 Signal Battalion. He received an Honorable Discharge in 1984. He was a long-time resident of Semmes where he was well regarded as a kindly gentleman and avid gardener. He was known for his friendly gesture of waving at friends, and even strangers, as they passed by. Every introduction would generate the offer of a friendly handshake from him. The celebration of life service in honor this wonderful husband, father, and man of faith will be held at the Chapel of Memorial Gardens Funeral Home on Wednesday October 23, 2019. Visitation will be from 1:30-3:30 at the funeral home. Interment will follow in Mobile Memorial Gardens.
1924-2019
A chapel service will be held at 3:30pm on Wednesday, 10/23/2019 from Mobile Memorial Gardens Funeral Home, followed by a committal service at the grave site.