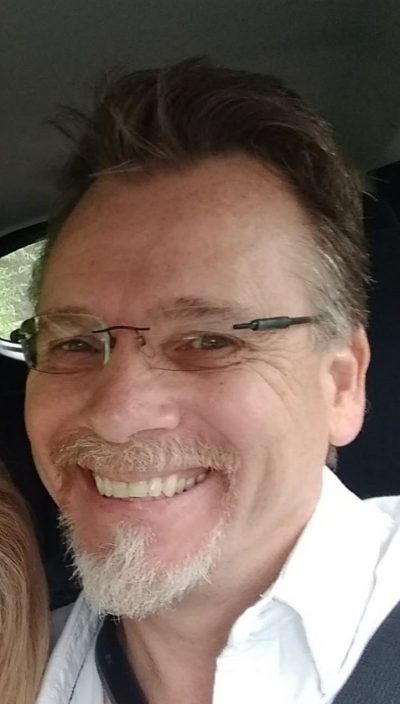 Dennis Charles Thomasson, born August 26, 1964, passed away September 3, 2021, at home. Dennis was born and raised in Mobile, Alabama. Mobile Memorial Gardens Funeral Home is honored to be entrusted with the arrangements. He was known as "D" by his family and friends. He met the love of his life through work on Easter Sunday, April 16, 2017. Just a short two and a half years later he married his heart's desire on January 7, 2020, while on a cruise in the Gulf of Mexico, surrounded by his family and friends. He had the gift of making people laugh and smile. He was always such a positive person and never had a harsh word for for anyone. He loved his family with all of his heart and wanted nothing but the best for them. He not only loved his family but he loved his job and was dedicated to helping people at the lowest points of their lives as an Insurance Adjuster for Pilot Catastrophe Company. Dennis was survived by his wife, Jimmie Lynn Thomasson; his children, Jordan (Stephen) Lang, Lauren (Jessie) Eiesenmann, Cassie (Josh) Wilbert, David King II, Josy King, Chase May, and Brittany (Michael) Gilbert; and seven beautiful grandchildren. He is also survived by his mother, Merilyn Conti Odell; brothers, Larry (Dorothy) Partridge, David Partridge, Howard (Denise) Partridge, and James (Nina) Thomasson; sisters Melanie (Benton) Betbeze and Gayle (Mike) Adams. He was preceded in death by his father, Charles Mason Thomasson. Dennis left this world in peace knowing he was headed home to his father and savior and more importantly our savior carried him home in his arms.
August 26, 1964 ~ September 3, 2021 (age 57)
Services will be held Tuesday, September 7, 2021, at 2:00 p.m. from the chapel of Mobile Memorial Gardens Funeral Home. The family will receive friends from 1:00 p.m. until 2:00 p.m. on Tuesday at the funeral home. Burial will follow at Mobile Memorial Gardens Cemetery.