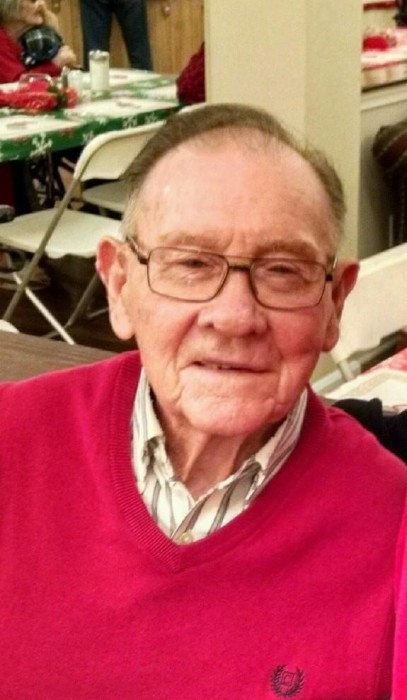 Gaines M. Coker Sr. went to be with the Lord and his loving wife Marguerite Taylor Coker, Monday, May 20, 2019. He was a resident of the Sabal House in Cantonment, Florida. He was born August 13, 1921 in Rock Springs, Alabama. Son of deceased parents Lela & Homer Coker, brother to deceased Hoyt Coker and sister Hilda Thornton Coker who currently resides in Alexander City, Alabama.

Gaines grew up in the Beville Village in Alexander City, AL and later worked for Avondale Mills.

He enjoyed playing baseball, football, & basketball. He was captain of the 1940 Alexander City Wildcats football team. He also took up running later in life, running 5K and 1-2 Mile Road Races in which he placed 1st in his age group. (I Corinthians 9:24-25; II Timothy 4:7-8; Hebrews 12:1-2)

He was a United States Marine during WWII. He played textile baseball and basketball in Alexander City, AL for Avondale Mills. He also played for an American Minor League Baseball team, Alexander City Millers. He met Marguerite Taylor Coker on the basketball court and married on March 2, 1946. Gaines & Marguerite were married for 69 years.

Service Time
A chapel service will be held at 12pm on Saturday ,05/25/2019 from Mobile Memorial Gardens Funeral Home, followed by a committal service at the grave site.