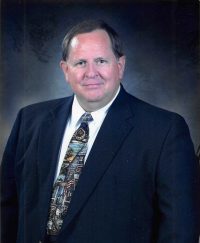 James Edward “Jim” McGough, 71, born in Vicksburg, Mississippi on April 20, 1948 and a lifelong resident of Mobile, passed away April 1, 2020. Jim was preceded in death by his parents, William Malcolm McGough, Sr., and Della M. Seawright McGough. He is survived by his wife of 48 years, Sara Smith “Sally” McGough; four children, James David McGough (Joy), Patrick William McGough (Emily), Daniel Smith McGough (Sara), and Erin Elizabeth Killian (John); seven grandchildren, Sydney, Catherine, Charlie, Caroline, Lucy, Will and Laila; five siblings, William M. McGough, Jr. (Jamie), Glenn C. McGough (Christine), Dwight S. McGough (Emily), Joy M. Sims (Ken), and Paul M. McGough (Meredith); and 19 nieces & nephews. Jim graduated in 1966 from Murphy High School. He earned a bachelor’s degree from Livingston University, and master’s degrees from the University of South Alabama. Jim worked for the Mobile County Public School System for 39 years. He began his career as a teacher at Mobile County Training School and George Hall Middle School, and continued as a Resource Teacher at Barton Academy, Davidson High School, and Murphy High School, then was an Assistant Principal at Murphy High School, Adams Middle School, and Citronelle High School, before retiring at the end of 2010. Jim valued the relationships he had with his coworkers, and cared for his students. Jim was a staunch advocate of outdoor youth development programs. In his youth growing up in Spring Hill, he could be found building forts and tree houses with his brothers and neighborhood friends, and spent many summers at local scout camps. Jim earned the rank of Eagle Scout with Troop 85, and continued honing his outdoor skills and sharing his enthusiasm on the staff at YMCA Camp Pioneer, YMCA Camp Ocoee, BSA Camp Maubila, and Philmont Scout Ranch. Jim led the coed Explorer Post 333, sponsored by the American Red Cross, for nearly a decade, and continued serving for most of his life as an adult leader and volunteer with the Boy Scouts of America with several local troops. He loved to plan camping and hiking trips, canoe trips, and other group expeditions. He also served as a volunteer and supporter of Camp Whispering Pines/Camp SMILE in Citronelle. Jim enjoyed researching and discussing local history, and was particularly fond of the history of Citronelle and the MOWA Choctaw Tribe. He was active with the Citronelle Historical Preservation Society and Citronelle Kiwanis Club. Jim was an avid musician, and loved singing and playing the guitar and banjo. He especially loved folk music and enjoyed sharing his musical talent with family. In retirement, he enjoyed learning new music, and performing at local restaurants and coffee shops. Jim was a creative and talented builder and handyman. Many of his playhouses, decks, tree houses, and other creations can be found around the county. Jim had a helpful nature, a gentle spirit, and a soft spot in his heart for those that needed a hand up. He was humble and kind, with friends from all walks of life. His greatest treasure was his family. He will always be remembered as a faithful husband, a loving father, a loyal brother, and a generous spirit. A private graveside service will be held Friday, April 10th at Mobile Memorial Gardens, with arrangements by Mobile Memorial Gardens Funeral Home. A Celebration of Life Service will be planned for a later date. In lieu of flowers, memorial donations may be given to Overlook Presbyterian Church, YMCA Camp Ocoee, or Camp Whispering Pines.
1948-2020
A private graveside service will be held.