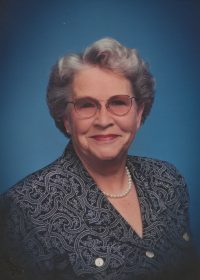 Jean worked as a bookkeeper/accountant for almost 30 years in the Mobile area. Jean was an accomplished seamstress and she tried her hands at many other hobbies like stained glass and house plants. Her love of nature flowed down to her children and grandchildren.

Service Time
A chapel service will be held at 10am on Saturday, 10/05/2019 from Mobile Memorial Gardens Funeral Home, followed by a committal service at the grave site.