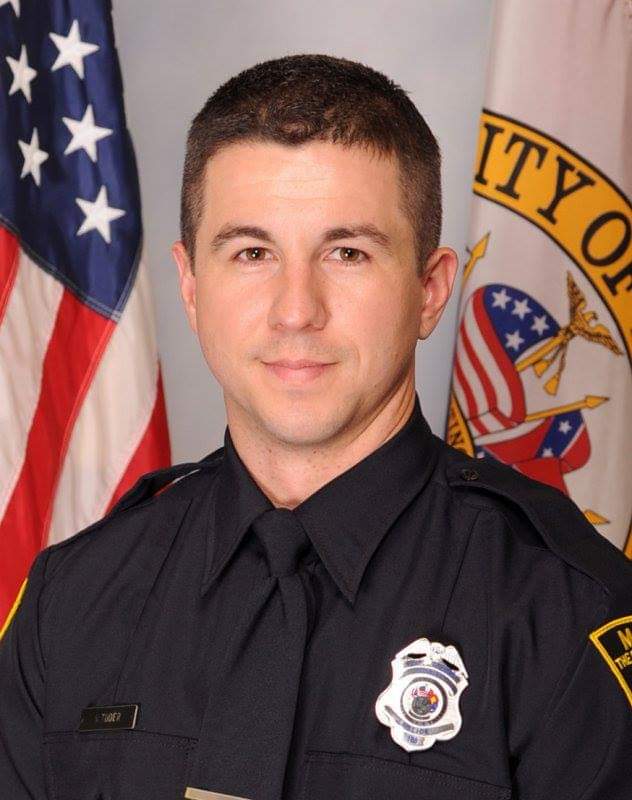 Sean Tuder, 31, of Jacksonville, FL, an officer of the Mobile Police Department ended his watch on Sunday, January 20th in Mobile Alabama when involved in a shooting.

Sean was passionate about his job, loved helping others, and being of service to his community. Sean was born December 2, 1987 in Baltimore, Maryland to John and Noreen Tuder. He grew up in Jacksonville, FL, and moved to Daphne, AL in 2015. He joined the Alabama National Guard in the 173rd infantry unit where he earned the rank of specialist. Tuder joined the Mobile Police Department in 2016 and spent most of his time there at 1st Precinct. He was named "Officer of the Month" in 2017.

Sean graduated from Fleming Island High School in Clay County, has an AA in criminal justice, and had just started working on his bachelor’s degree. Sean dreamed of going into Special Forces in the Army and becoming a federal agent. Sean was motivated, determined and courageous with any goal he set.

Sean leaves behind his beloved wife, Krissy Tuder, parents John and Noreen (Marron) Tuder, brother Christopher (Rikkiann) Tuder, nephew Luke, and niece Southerlynn, in-laws, aunts, uncles, and cousins. Sean will be remembered for his bravery and service to our city and nation. We can all learn from Sean the valuable lesson of putting others first. He was adored by his family and friends and will be deeply missed by all.