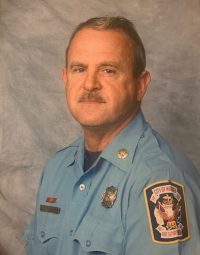 Captain Raymond Cary “PawPaw” Easley Sr., a lifelong resident of Mobile, AL passed away Saturday, March 21, 2020 at the age of 78. He is survived by his wife of 58 years, Rosemary Hinton Easley; daughter, Terri Easley (Greg Lawrence); son, Raymond Cary “Shug” Easley, Jr. (Desiree); grandson, Hunter Easley; granddaughter, Morrisey Jay (Andrew); 4 grandchildren; 8 great-grandchildren; other relatives and friends. He was preceded in death by his grandparents, Bessie and Lewis Clendenon; parents, Jackie and Boe Easley; grandson, Morris “Buzz” Moberg, IV and great-granddaughter, Kellynn Kate Jay. Captain Easley served in the United States Army for 6 years. He joined the Mobile Fire Department in 1965 where he retired in 1996 at the rank of Captain. He was widely known in the community for work done with youth baseball and football through Maitre Park for many years which led him into officiating the games. Captain Easley is also known for his active roll in hiring drivers for the Mardi Gras season since 1990. Due to the pandemic at this time, private services are being held for the immediate family. A memorial service will be held at later date to allow all to pay their respects. The Easley family thanks you all for your support during this time.

Service Time
A private service will be held.