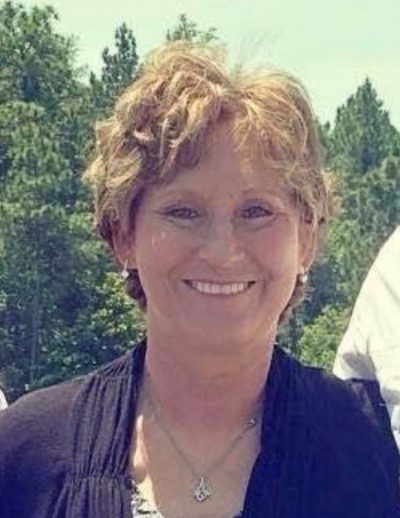 On Sunday, August 15, 2021, Sandra "Lynn" (Wilson) Rone, loving wife, mother, grandmother, daughter, sister, and friend, passed away peacefully at the age of 60 with her family by her side. Lynn was born on November 3, 1960, in Mobile, Alabama, to Walter and Janice Wilson. She was a graduate of Theodore high school, an avid sports fan, and an outstanding softball player. On November 18, 1988, she married Richard Rone. Together they raised two sons, Zack and Dalton, along with Richard's son, Wesley, and daughter, Lauren, from a previous marriage. Lynn loved playing and watching sports. She was an Alabama Crimson Tide fanatic. She played softball for many years and is remembered for her love of the game and her athletic abilities. She loved spending time at the ballpark, whether it was watching her two sons play football or baseball, or later, watching her grandchildren play softball and baseball. If you were at the ballpark, you were sure to see Lynn there; it was her happy place! Lynn was diagnosed with breast cancer in 2001. Throughout the years she endured countless chemotherapy and radiation treatments. Her cancer progressed to her liver and bones, but she continued to fight. After a near 20-year battle, she gained her wings and has finally defeated cancer. Lynn was preceded in death by her father, Walter, her mother, Janice, and two nephews, Shawn and Shane Winsett. She is survived by her husband Richard, her children Zack (Courtney) Rone, Dalton Rone (Ashlyn Miller), Wesley (Megan) Rone, Lauren (Justin) Pettis, her brothers, Walt (Bonnie) Wilson and Keith (Sheryl) Wilson, her sisters Jan (Tony) Montoya, Cindy (Deb) Wilson and Anne Wilson, nine grandchildren, and several aunts, uncles, cousins, nieces, and nephews.
November 3, 1960 ~ August 15, 2021 (age 60)
A celebration of life service will be held on Thursday, August 19, 2021 with visitation at 11 o'clock and service at 12 o'clock at Mobile Memorial Gardens on Three Notch Road.