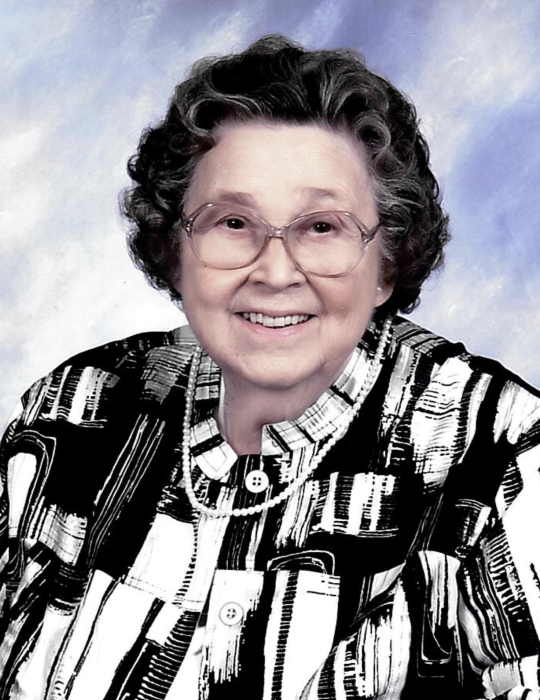 On Thursday, June 20, 2019, Sarah Louise Eubanks, beloved mother of five children, grandmother of six grandchildren, and great-grandmother of two great-grandchildren, passed away at the age of 90 when the good Lord took her home. Sarah was born on January 21, 1929 in Camp Hill, AL to Anthony Levie and Rosa Lee (Ellis) Pate. Faith in God was strong in the Pate family. Even at an early age, she enjoyed being in the church as her grandfather, George Ellis, preached every Sunday. The family moved to Auburn when Sarah was nine and eventually helped found Lakeview Baptist Church there. She graduated Lee County High School in 1947 and received her nursing degree in 1952 from St. Mary’s School of Nursing in Montgomery, AL. As a child, Sarah talked about being on the mission field. As a nurse, she found her true calling, caring for the sick and ailing – both in body and spirit. She was sent to Duke University for specialized training on cutting-edge care for premature infants. She worked at Lee County Hospital in Opelika as a Labor & Delivery nurse and helped open the first premature infant care center (now known as NICU) at Lee County Hospital. On December 5, 1953, she married Hardy Millard Eubanks of Lucedale, MS at the First Baptist Church in Auburn, AL. They moved to Mobile where Sarah worked as a private duty nurse and Hardy as a pharmacist. Sarah and Hardy founded Central Drug in Bayou la Batre, AL in 1969 and ran it as a family business until Sarah sold it in 1986 after Hardy’s death. She then returned to nursing and became Director of Nursing at Crowne Health Care in Mobile until her retirement in 2001. One of Sarah’s lifelong dreams was realized in 1961 when she had her first baby after eight years of trying. Being a mother came naturally to her as she had a loving maternal nature. She and Hardy went on to have four more children. They raised their five children – three daughters, Martha, Barbara, and Sarah Elizabeth, and two sons, James and Charles – in the Baptist faith. Sarah had a passion for God and happily shared that with her children, taking them to Sunday School and church at Woodmont Baptist Church every week, as well as being a Vacation Bible School teacher. True to their faith, Sarah and Hardy enrolled their children in Greystone Christian School and then West End Baptist School. Sarah was not “just” a mom to her kids. As they grew into adulthood and beyond, she remained their confidante and became their friend. She tried to help them become the best version of themselves. She reveled in her children’s academic, social, personal, sports, and occupational achievements. Nothing made her happier than to see her children succeed, although she told them from a young age that she only ever wanted for them to be happy. She worked hard to make each Christmas and Easter were extra-special for her children, ensuring that each child got something special to them. She loved family and delighted in each new addition by marriage or birth. For those who knew her, and especially her children, she was their north, their steadfast moral compass which was the product of her strong faith in God, Christian teachings, and a healthy sense of right and wrong tempered by a deep compassion for others. Her honesty, integrity, humility, and wisdom inspired her family during her life and still do. She was known for her sweet smile, her sparkling eyes, her kindness, her quick wit, and her infectious sense of humor. She was rarely flustered and could usually find a solution to any problem (except maybe automotive!) She was not influenced by fads, but instead focused on character rather than superficial appearances. She was extremely resourceful and creative, helping her children with school projects using innovatative approaces. She wrote poetry to share with loved ones and to encourage and acknowledge those whose work otherwise went unrecognized. She was often seen doing needlework. Her embroidery was sought and praised by everyone who saw it. Growing up in Auburn and being married to an Auburn University graduate, Sarah was a proud Auburn fan - wearing Auburn orange and blue and decorating her house with a War Eagle wreath. Sarah was preceded in death by her father, A.L., her mother, Rosalee, her husband, Hardy, her brothers, George Velpeau Pate and Thomas Anthony Pate. She is survived by her five children, Martha Eubanks, Barbara Eubanks Abernathy, James Eubanks (Dana), Charles Eubanks (Stacy), and Sarah Elizabeth Eubanks, her sister, Anne Dodge, grandchildren, Chad (Jai), Brandon (Michelle), Travis, Olivia, Rivers, and Lydia, great-grandchildreb, Chaisley and Emma, niece, Suzanne Nichols (Roger), nephew, Tom Dodge (Barbara), and several cousins. Funeral services will be held on Monday, June 24, 2019 at 10am at Mobile Memorial Gardens Funeral Home. Visitation will start at 9am. Burial will be in Mobile Memorial Gardens.
1929-2019
A chapel service will be held at 10am on Monday, 06/24/2019 from Mobile Memorial Gardens Funeral Home, followed by a committal service at the grave site.