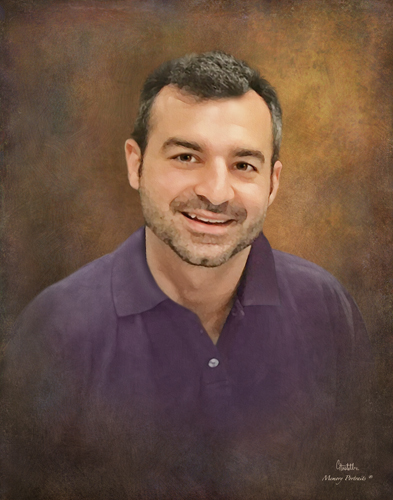 Sean David Delcambre peacefully departed this world at 5:41 a.m. on Monday, August 5, 2019 after a year-long battle with advanced-stage Hodgkin’s disease and non-Hodgkin’s lymphoma. Sean was 34-years-old. Sean is preceded in death by his son, Jude David Delcambre (33w) and his grandfather, William. Sean is survived by his wife Amy, and his three daughters: Lillianne (6), Eilie (3), and Lucia (19m); his grandmother Myra; his father David; his mother Lisa; his brother Michael; his sister Caitlin; his brother-in-law Jake; his brother Zach; his sister-in-law Krista; his father-in-law Joe; his mother-in-law Wanda; and his brother-in-law Adam. Sean was born in New Iberia, Louisiana but spent the majority of his junior years in Picayune, MS where he cultivated his passion for cars and airplanes, where he climbed trees, and where he forged lifelong friendships. In 2005, Sean joined the U.S. Air Force Reserves, which he would remain participatory in for the remainder of his life. In 2007, Sean moved to Mobile, AL where he met his wife Amy, and where he and his family resided until he passed. While in Mobile, Sean earned his bachelor’s degree from Embry-Riddle University in an endeavor to pursue his lifelong aspiration to fly formation with the Air Force. Sean was also a successful small business owner with ambitions for further entrepreneurship. Sean was most proud of and passionate about his family. Sean was a devoted, loving, and faithful husband. It was evident in his support, compassion, authenticity, and sincere interest that Sean was truly a child of God. Sean loved his daughters and things like getting donuts together on a Sunday morning after church, reading stories at bedtime, washing the car, going swimming, and taking walks around the neighborhood brought him the greatest joys. Sean loved being a father to his little monkey, Lillianne, his little worm, Eilie, and his little bug, Lucia, more than anything. Fatherhood, in fact, motivated Sean to grow in his relationship with Christ. When Sean lost his only son the day after Christmas in 2014, he said he wanted to go to heaven. Sean tenaciously pursued his faith and immersed himself in the Word of God. In the final years of his life, Sean demonstrated true spiritual understanding, serenity, and discipline. When he became ill, Sean was never angry nor did he ever question God’s greater plan. Sean was very special for God to have chosen him for such a higher purpose. Indeed, special is the word those who knew and were touched by him would use to describe him. Sean’s eternally giving and trustful nature affirmed and transformed all who he touched. Humble, joyful, and never boastful, Sean was a true helper, always willing to lend a hand. Imbued with integrity, Sean was a perpetual champion of good. If a life’s worth is measured by the character of a man, Sean’s cup flowed over. Sean, kind son, faithful friend, devoted husband, and loving father, lives on in the Kingdom of Heaven and in the hearts and lives of those who knew and who loved him.
1985-2019
A church service will be held at 12pm on Friday, 08/09/2019 from Spring Hill Baptist Church, followed by a committal service at the grave site.