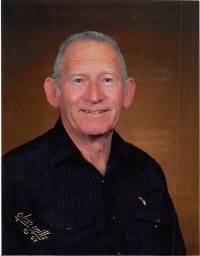 Terry “Tubby” Lee Stewart, a native of Birmingham, AL and longtime resident of Mobile, AL, died Wednesday, November 6, 2019 at the age of 82. Tubby was a United State Air Force veteran; was acommercial pilot; and retired after 31 years of service as a firefighter with the City of Mobile Fire Department. In his leisure time he enjoyed shrimping and fishing. He was preceded in death by his wife, Faith Jean Schreiner Stewart; his parents, Charles Clark Stewart and Pearl Walden Stewart; and his brother, Barry Stewart. His survivors include his children, Jerry Clark (Cheryl) Stewart, Gary Ferrell ( Amy) Stewart and Terry Lee (Marie) Stewart; his grandchildren, Katilynn Faith Stewart, Allen Watson, Brittany Stewart and Tyler Stewart; one brother, Walter “Mickey” (Nita) Stewart; other relatives and friends. Funeral services will be held Saturday, November 9, 2019 at 12:00 Noon from the chapel of Mobile Memorial Gardens Funeral Home. The family will receive friends at the funeral home Saturday from 10:00 AM until service time. Interment will follow in Mobile Memorial Gardens.

Service Time
A chapel service will be held at T12pm on Saturday, 11/09/2019 from Mobile Memorial Gardens Funeral Home, followed by a committal service at the grave site.