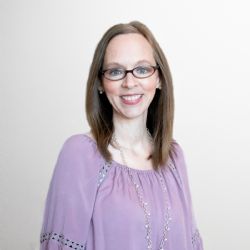 Mrs. Tressa Nicole McQueen, a resident of Mobile, passed away peacefully at her home Thursday, after a long battle with cancer.

A celebration of her new eternal life will be held at Cottage Hill Baptist Church, Monday, April 29, 2019, with Dr. Christopher Harding and Reverend Charles Kent Smith officiating, visitation will begin at 10 AM.

Mrs. McQueen was born in Pascagoula, Mississippi in 1974. She was introduced to her husband-to-be by his cousin who thought they would be perfect for each other. And so they were. They were married in the church where they met in 1995 and they were blessed with four children. They raised their family in Mobile, Alabama and became active members of their church and community. Tressa served in the Children’s Ministry at Cottage Hill Baptist Church for 12 years working in various capacities. She loved and served faithfully in her work and the loss of Tressa to this ministry will leave a tremendous void. The only thing more important to Tressa than her family was her relationship with Jesus. Throughout her life, she impressed on everyone who knew her an exceptional representation of God’s grace and love. Throughout her struggle with cancer, she allowed God to use her life to bring glory and honor to Him. What she desired more than anything was for her Life Song to sing for Him.

In lieu of flowers, the family requests memorials to be made to “Never, Ever Give Up” (NEGU), the Jessie Rees foundation, at NEGU.org.

Service Time
A church service will be held at 11:30am on Monday, 04/29/2019 from Cottage Hill Baptist Church, followed by a committal service at the grave site.